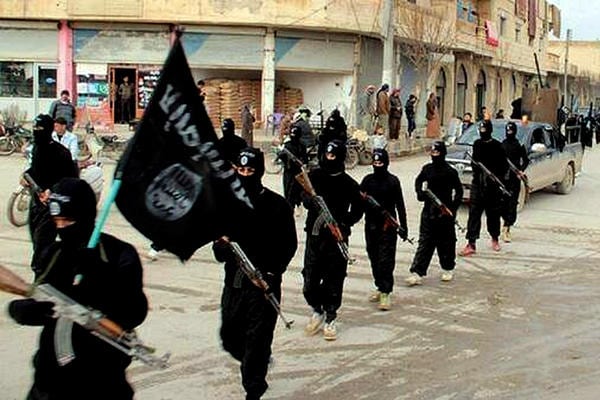 “Religion nationalized is religion submitted to the state. The state eats the religion; the religion does not eat the state. Thus the position of the classical `ulama’ was always one of opposition, usually passive, to the state, never one of endorsement of the state, let alone one of attempting to seize state power.” Dr Khalid Yahya Blankinship

A new terror has emerged in the Middle East. The Islamic State of Iraq and Syria (ISIS) has generated much attention in the mass media with claims to be a “caliphate” followed by the violent beheading of an American journalist. Once again there has been numerous condemnations of ISIS from Muslims with the accompanying denials that such a group represents normative Muslim behaviors or attitudes. With this in mind, how should we understand ISIS? Should we support US intervention in the face of such brutality and violence? To answer these questions, we turned to one of the foremost Islamic historians in the world today, Dr Khalid Yahya Blankinship.

Question: How should we view ISIS given the reports of their violent terrorism with their claims of establishing an Islamic caliphate? When we consider ISIS misrepresentation of Islam and their savage and brutal violence; Would it be reasonable for Muslims in the US to support military intervention to stop ISIS?

While I am not sympathetic to the ISIS/ISIL movement any more than to the Taliban of Afghanistan, I don’t think it is helpful to view it out of its context. Both movements were born out of the extreme political conditions of long term, bloody civil wars complicated by foreign interventions and occupations, all with very vicious impacts on the civilian populations. These movements have only arisen in such conditions and cannot be viewed apart from them. Neither of them started the brutality which the press has made them known for; rather, both inherited and continued a brutality that had already become normative because of war. To understand such situations, I would urge anyone to read the section of Thucydides on the revolt at Corcyra in 427 BCE, which illustrates how as enlightened a people as the Greeks of the 5th century BCE could descend into unspeakable internecine barbarities and murders. One should also consider a work by Yale historian Timothy D Synder, the “Bloodlands-Europe between Hitler and Stalin” which provides another striking instance in the Second World War.

Now, in the specific case of ISIS/ISIL, one might canvas the purposes of the group. Their presumptuous claim to a universal caliphate, which they are said to have claimed, should be interpreted as an idealizing expression of their desperation after having been so severely down and out in the war. The overthrow of the Sunni regime in Iraq, which had existed continuously from the Ottoman Empire through the British-sponsored Hashimite monarchy through the various republican regimes including that of Saddam Husayn, has at length elicited from the Sunnis a magisterial response, refusing to brook any limits to their claims to sovereignty, despite their weakness and hopelessness. Because a somewhat similar situation arose in Syria, the ISIS movement was able to get going and easily claimed all the Sunni-majority areas in Iraq. It remains unproven that they can capture any additional territory. Modern warfare favors native defenders, however ill-armed, and the Kurds and Shi`is of Iraq are indeed very well armed, so there is no likelihood that ISIS can overwhelm either. The hapless Christian and Yazidi minorities, however, are another matter.

In any case, the real intention of ISIS in erasing the political boundary between Syria and Iraq seems only to be to unite the Sunni Arab areas of the two countries in order to give the Sunni Arabs a larger polity and more pooled resources in order to face their numerous enemies. Because the Sunni Arabs have been so abused, especially in Iraq, they have adopted harsh, fierce attitudes. No doubt this movement has wide support among the abused Sunni Arabs, who hope that they might at last get some respect through unity on this point.

That said, it is very difficult to understand why the ISIS leadership would seek to alienate all other Sunni Muslims by claiming the caliphate, including potential supporters in Saudi Arabia and other Gulf oil states. When I looked at videos of alleged ISIS speakers, I was not able to verify that they had actually done this. It is also certainly false that they demand female circumcision; they have specifically denied this, and female circumcision has generally never been practiced in Muslim Asia. So I would not trust a lot of what passes for news. But it would not be surprising that they might try to root out all minorities for the sake of a homogenous population that would produce national unity. Unfortunately, this has been a stock-in-trade of nationalists in modern times, which brands ISIS as a nationalist phenomenon, even while it professes to be antithetical to nationalism. In this, it exactly resembles the Taliban, who were also crypto-nationalists, in their case representing the Pashtun ethnicity, just as the ISIS represent the Sunni Arab one. The litmus test for nationalism is statism. Is the goal of the movement a state or not? For the Taliban as for the ISIS, it certainly is their goal; therefore, they are nationalist statists, or nation-statists. In a way, they represent a movement toward the regularization of political Islam in a world dominated by nation states.

In another way, they represent the old adage, “If you can’t beat’em, join’em.” Needless to say, I dissent from this entire process. Religion nationalized is religion submitted to the state. The state eats the religion; the religion does not eat the state. Thus the position of the classical `ulama’ was always one of opposition, usually passive, to the state, never one of endorsement of the state, let alone one of attempting to seize state power. This is the colossal mistake of such movements, and state-ordained religion can never be more than a caricature of what religion really is.

As for intervention, I am completely against all of that. The other nationalisms that might benefit from such intervention have the potential of being just as vicious as the currently disfavored ones. As for the minorities, it is far from certain that any interventions would be beneficial. The US invasion of Iraq from 2003 harmed no group more than the Iraqi Christians, who nearly lost everything as a direct result. That was because the destruction of the secularist Ba`thist state caused all the nationalities to come out and to claim the territory in which they were a majority, but the Christians, like the Eastern European Jews of the Bloodlands, were a majority nowhere and thus were preyed upon by everyone: Shi`is, Kurds, and Sunnis. Hence, they lost everything. Despite claims that half of the Iraqi Christians of 2003 still remain in Iraq, the truth is at least three quarters of them were already driven out before the ISIS appeared. The US may not have planned or desired this result, but it happened, and it was as predictable as B follows A. Also, even if an intervention temporarily protected a minority population, eventually the protectors would go away and the minority group would have to leave, while the majority would be persecuted and oppressed by the protecting occupiers as long as they were there. Hence, I never support any military interventions.

One of the greatest and most obnoxious arguments of interventionist discourse is that about the Rwandan massacres/genocide of 1994: If only intervention had occurred, the massacre would have been prevented. Actually, it is doubtful that action could have been taken in time, and the undeserved adulation accorded to the Rwandan Tutsi president Paul Kagame as an exemplar of humanitarianism and accountability is appallingly false, for his government and that of Uganda were responsible for the subsequent Rwandan-Ugandan invasion of the Congo whose disruptions led to ten times or more excess deaths in the Congo than the 1994 massacre consisted of in Rwanda. I really dislike all the propaganda in favor of certain nationalist regimes that are characterized as good while others are characterized as bad. There is really a lot of lying distortion about many or most of these cases.

A lot of what is said about the so-called “Boko Haram” also appears to be false propaganda. At the very least, one has to recognize that in the areas of Nigeria convulsed by this poorly-articulated set of movements and groups, the Nigerian army and police are at least as unpopular and reprehended as the alleged sectaries are, and indeed the army and police are often blamed for everything by the inhabitants, who may even suspect that the sectarian movements are just a concoction of the state in order to give it a carte blanche to oppress the people. During the Algerian civil war of the 1990s, much the same situation developed, when the Algerian government, whose military leaders were known by the endearing title of “les eradicateurs,” completely infiltrated and took over the alleged terrorist group, the GIA (Groupe Islamique Armee), and then used it to kill all government opponents while blaming the killings on “terrorism.” “Terrorism” indeed, but state terrorism, which is the usual and more serious kind. Another example is the attacks on Christians in Egypt, which are largely carried out by the Egyptian government and then blamed on the Muslim Brotherhood in order to give an excuse for greater government authoritarianism. Some of the Egyptian Christians are aware of this, and, while they naturally do not like the Brotherhood, are also suspicious of the government’s role, and rightly so. This even was exposed early in the Egyptian Revolution regarding the attack on the Holy Family Church in Alexandria in which about fifteen Christians were killed, when documents showed that the Egyptian secret police of Mubarak actually carried out the attack and then blamed it on the Brotherhood. 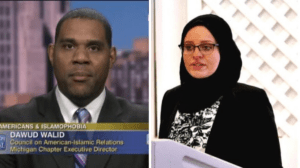 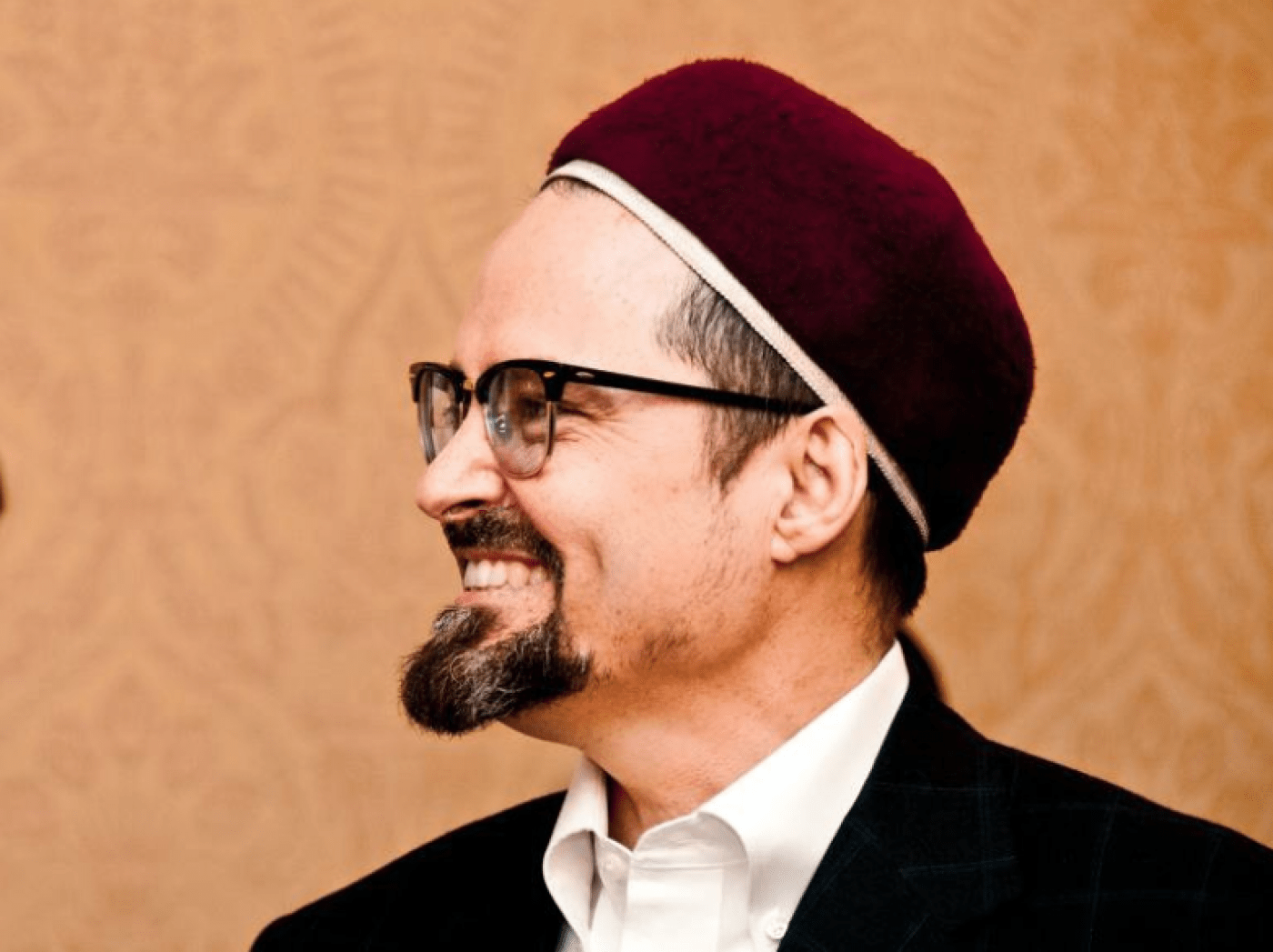