Each day the list of Americans outraged by the recurring incidences of inexcusable police violence grows. Last year, according to the Washington Post, 990 Americans were gunned down by police. So far this year, 512 of our citizens have lost their lives at the hands of law enforcement. While these numbers themselves raise grave concerns, the fact that an African American is 2.5 times more likely to be killed by a policeman than a white American is particularly appalling. Although black men make up 6% of the overall population of this country, in 2015 they represented 40% of all unarmed citizens fatally shot by law enforcement officers. In the last week alone, we as a nation have witnessed the murders of Philando Castile in Minnesota and Alton Sterling in Louisiana. Their deaths are but two in a horrifically long list of Black men and women who have suffered an early demise at the hands of law enforcement. As a human being, I am deeply upset by the exorbitant number of people of all races being shot by police. As a black American, I am particularly incensed by the grossly disproportionate percentage of my people being gunned down by law enforcement. I, furthermore, denounce in the strongest possible terms the targeting of law enforcement officers, especially the recent murder of 5 officers and injuring of 7 others in Dallas.

As I watch the news and observe interviews by many celebrities, a common question asked by reporters about police violence against minorities is, “Why does this keep happening?” The most common reply seems to be either “I don’t know” or “We need to love one another.” I, personally, believe the answer has everything to do with the history and social construction of “race” as a justification for “class” distinction, coupled with the fact that the prevailing culture in America is a culture of violence. War, homicide, suicide, rape, kidnapping, and mass incarceration are cogent corroborators of this claim. In my view, until Americans and others are prepared to revisit the historical and civilizational teachings which affect our cognition and opinions of one another as well as seriously consider alternatives to the way we typically address violence, we will never be able to find a way out of this vicious cycle of hatred and mistrust.

This phenomenon of police brutality is a relic of the historical legacy of racism, and police anxiety and fear for black suspects is fueled by historical contempt for people of darker skin: Studies have shown that the darker the skin tone the more menacing. Stereotypes about black savagery, laziness, mindlessness, caprice, and criminality continue to be implicitly reinforced in Hollywood movies, television, and the mainstream media. In my view, these images are a major contributor to black antipathy and their subhuman treatment; images which police in turn internalize leading them to act with violent prejudice.

While we have adopted the quinquepartite race division (black, white, red, yellow, brown) invented by the German anthropologist Johann Friedrich Blumenbach, the common behavioral associations with skin color we make is the work of the Swedish botanist Carl Linnaeus, among which are notions of “innate” black “laziness” and “caprice.” During the 19th century, the French aristocrat, Comte De Gobineau, introduced to the world yet another devastating topic of pseudo-science termed the theory of the “Aryan Master-Race”, what is popularly known today as “white supremacy.” And, since Darwin’s evolutionary theory became pervasive, notions of “permanent” and “natural” race “hierarchies” have predominated policies of sociopolitical importance throughout the 20th century and beyond.

It is ideas like these which have never fully been redressed as part of a national conversation or campaign of reconciliation which hamper progress in the realm of race relations. Sure, we need justice for those murdered in Falcon Heights, Minnesota and Baton Rouge, Louisiana, but to ensure a lasting peace we need robust dispassionate conversation(s) about the perceptions we have of one another produced by centuries of indoctrination into race superiority and inferiority. We must urge our government officials and educators to nationalize curricula to reeducate police officers and the American public about the history of race identity construction and racial stereotypes which contribute to black disapprobation. This can be achieved in many ways among which includes a persistent public media campaign. We should also call on public officials and all people of conscience to demand higher standards from the media, impressing upon them the importance of ensuring that no ethnic group in America is unnecessarily demonized by regular negative portrayals, especially those who are black.

It is ideas like these which have never fully been redressed as part of a national conversation or campaign of reconciliation which hamper progress in the realm of race relations. Sure, we need justice for those murdered in Falcon Heights, Minnesota and Baton Rouge, Louisiana, but to ensure a lasting peace we need robust dispassionate conversation(s) about the perceptions we have of one another produced by centuries of indoctrination into race superiority and inferiority. We must urge our government officials and educators to nationalize curricula to reeducate police officers and the American public about the history of race identity construction and racial stereotypes which contribute to black disapprobation. This can be achieved in many ways among which includes a persistent public media campaign. We should also call on public officials and all people of conscience to demand higher standards from the media, impressing upon them the importance of ensuring that no ethnic group in America is unnecessarily demonized by regular negative portrayals, especially those who are black.

The other issue which we need to address is the matter of violence. As is the opinion of Dr. James Gilligan, former director of the Center for the Study of Violence at Harvard Medical School, I believe we need to treat violence as a problem of public health. He says,

“The first lesson that tragedy teaches (and that morality plays miss) is that all violence is an attempt to achieve justice, or what the violent person perceives as justice, for himself or for whomever it is on whose behalf he is being violent, so as to receive whatever retribution or compensation the violent person feels is “due” him or “owed” to him, or to those on whose behalf he is acting, whatever he or they are “entitled” to or have a “right” to; or so as to prevent those whom one loves or indentifies with from being subjected to injustice. Thus, the attempt to achieve and maintain justice, or to undo or prevent injustice, is the one and only universal cause of violence.”

When we reflect upon what appears to be a rise in violent exchanges between police and minorities in light of recent events, we can easily see how the goal of justice operates on both sides. Citizens are expected to comply with police commands, but police are expected to hold themselves and their fellow officers to a higher standard. The demands of the social contract are that common citizens surrender certain rights to the executive authorities in exchange for the “protection” of their persons among other things. This means that the greater obligation of restraint rests with police.

That notwithstanding, communities adversely affected by police brutality, who up till now have exercised remarkable restraint in the face of ongoing injustice, must be careful not to overestimate the effectiveness of their own violent responses or their ability to achieve justice. One reason is that, as brilliantly observed by Booker T. Washington, the fundamental problem with anti-black racism is that whites struggle to see blacks are fully human. If that is so, and in order to achieve full equality sometime in the future, there is much internal work which needs to be done, if we even care for whites to see us as their equals. This is not to suggest that the high rate of black-on-black crime legitimizes white-on-black crime, especially when it is perpetrated by police. The point is that, as already underscored, the imagery being exploited by the media to reinforce stereotypes fuels much of police anxiety.

The other reason I caution blacks against adopting a violent posture toward police is that though some of us wish to avenge wrongs committed against our people, we need to remember that such reactions can be viewed as declarations of war on police. If we have guns, they have more. If we have allies, they have some who are much more powerful than our own and much more vile and vicious. Let us not forget how our communities got into their current conditions. In other words, if the federal government decided today or tomorrow to declare the Black Lives Matter movement to be a threat to our national security, tactics reminiscent of the civil rights era would be employed to ensure that the threat has been completed neutralized. Who knows what plots have already been hatched in high places around this topic? Everyone loves a hero, especially when he/she decides that fear will no longer rule them against those who oppress them. We must, however, consider what our goals are. Do we desire to live and coexist? Or have we given up hope of ever realizing social equality in America?

As Americans, we acknowledge—and call for our fellow citizens to acknowledge—the historical and modern realities that have brought us to this moment. As a nation, we still bear the scars of our history of slavery, manifesting themselves in systemic inequality, racism, and bigotry. What we are witnessing today is the natural result of a failure to heal those wounds, and the unfortunate internalization of those scars at both institutional and individual levels. It is incumbent on us as one American family to challenge ourselves and have the courage to overcome our fears, prejudices, and biases. We must build trust in places where it has been lost and in places it never was. In pursuit of building such a relationship, we believe it that it is impossible for there to be mutual trust between a government and its citizens if the people lack faith in the institutions meant to protect them.

Finally, I stand in solidarity with my people, who I encourage to continue to exercise remarkable restraint in the face of ongoing injustice. Let us all remain committed to remedy the culture of violence imprinted on our national community through peace, love, and dialogue. Let us commit ourselves as well to efforts to unite communities, demand police accountability and transparency, and promote trust between police and American citizens.

May God heal our world and rid our national community of this culture of violence. 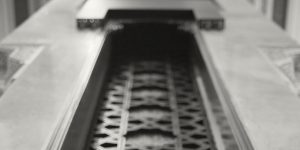