What Does Islam Say About Gay Marriage-Dr Jonathan AC Brown

I’ll be conservative: There is a lot of misinformation about Islam in the media. A religion of some 1.5 billion people around the world, people who wake up every morning to the same hopes and anxieties as Americans, is boiled down to images of barbarity.

Like Judaism, questions of right and wrong are conceived of more in the idiom of law than in a more abstract sense of principles.

Like Judaism, Islamic law (Shariah) has been developed by a clerical class that has always been more scholars than priests. Like Judaism, these Muslim scholars (ulama) have derived the Shariah from a core written revelation, the Quran (analogous to the Torah of Moses), read through the prism of an originally oral scripture, the Prophet Muhammad’s precedent (analogous to the oral Torah inherited by the rabbis), a process added to and influenced by the ulama’s own methods of reasoning, interpretation and their cultural assumptions.

Also like Judaism, the Shariah is first and foremost concerned with questions of proper worship, ritual purity, prohibited or permitted foods, sacred times and sacred places. Only then does it expand to encompass areas like contracts, property, marriage, inheritance, civil and criminal law.

The focus on actions in the Shariah means that desires or inclinations have no legal substance. The Shariah doesn’t have a position on homosexual desire. Indeed, it can be quite normal. Like ancient Athenians, classical Muslim scholars and litterateurs regularly marveled over the beauty of young boys. Heirs to the Greeks, Muslim scholars found it expectable that men would be attracted to young boys or beautiful males, since they manifested the same feminine beauty as women. Many Muslim scholars even prohibited men from gazing at beautiful young boys, and encouraged parents to dress such children in veils when in public.

Because sexual contact between women does not involve penetration with a penis, it never received the same legal categorization as Liwat. Called Sihaq (‘grinding’), it was prohibited under the general rule against sexual contact outside marriage.

The issue of gay marriage in America is a tough one for Muslims. On one hand, it’s nigh impossible to construct an argument by which sexual contact between men, let alone anal sex, is considered permissible in God’s eyes. On the other hand, attempts to ban the Shariah in the U.S. threaten Muslims’ ability to have their own marriage contracts. Like gays, they want to be able to define marriage free from majoritarian cultural biases. So many Muslims are willing to support the rights of other Americans to shape marriage according to their particular beliefs. Muslims expect their beliefs and relationships to be respected in return. 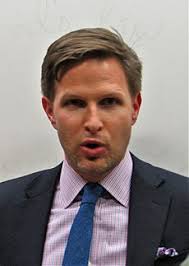 in 2006. Dr. Brown has studied and conducted research in countries such as Egypt, Syria, Turkey, Morocco, Saudi Arabia, Yemen, South Africa, India, Indonesia and Iran. His book publications include The Canonization of al-Bukhari and Muslim: The Formation and Function of the Sunni Hadith Canon (Brill, 2007); Hadith: Muhammad’s Legacy in the Medieval and Modern World (Oneworld, 2009; expanded edition 2017); Muhammad: A Very Short Introduction (Oxford University Press, 2011), which was selected for the National Endowment for the Humanities’ Bridging Cultures Muslim Journeys Bookshelf; Misquoting Muhammad: The Challenges and Choices of Interpreting the Prophet’s Legacy (Oneworld, 2014), which was named one of the top books on religion in 2014 by the Independent; and Slavery and Islam (Oneworld, 2019). He has published articles in the fields of Hadith, Islamic law, Salafism, Sufism, Arabic lexical theory and Pre-Islamic poetry and is the editor in chief of the Oxford Encyclopedia of Islam and Law. Dr. Brown’s current research interests include Islamic legal reform and a translation of Sahih al-Bukhari. He is also the Director of Research at the Yaqeen Institute.