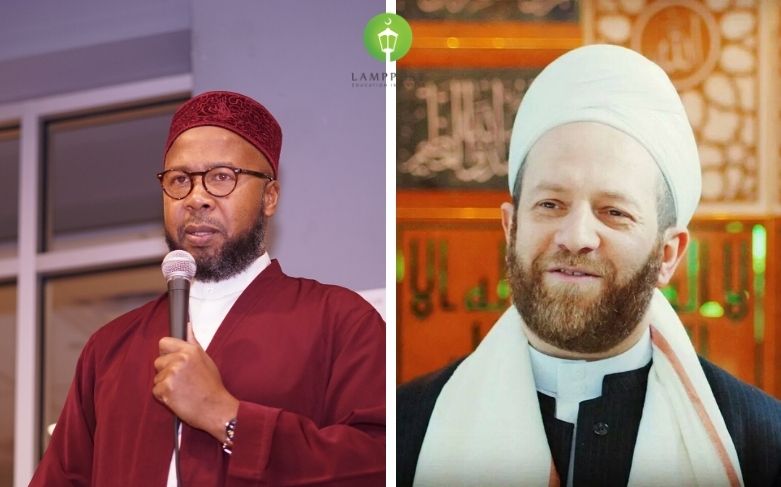 “In other words, the fundamental rule of Islamic learning is that one requires a teacher who possesses knowledge of what the Messenger was given by his Lord”-Shaykh Abdullah bin Hamid Ali

“Additionally, most ijazas these days, with the exception of ijazas in the sciences and sound direct transmissions, mean nothing more than merely a confirmed meeting (liqa’) and the request of ijaza.”- Shaykh Muhammad Yahya al-Ninowy

In this exclusive Lamppost essay, Shaykh Abdullah bin Hamid Ali takes a critical look at Muslim-American perceptions on “Isnad” and “Ijaza” in Islamic Education. With an epilogue from Shaykh Muhammad Yahya al-Ninowy, this essay explores how isnad (the chain of transmission) has been “decontextualized from its roots” and the seeking of ijaza (authorization from qualified teacher to transmit knowledge) has grown into a ‘craze’.
How should we properly contextualize both isnad and ijaza within the Islamic educational tradition? This essay is a must read for serious consideration of our Islamic educational tradition. The original Arabic text of Shaykh Muhammad al-Ninowy is included with his epilogue.

During the last few decades of the twentieth century, Muslims in a number of English speaking countries witnessed both the resurgence of and introduction to what has been termed “traditional Islam.” Despite having more than one iteration, the traditional Islam movement as articulated by its main exponents in the West represented a renewed commitment to and revival of the four classical Sunni schools of law (Hanafi, Maliki, Shafi’i, and Hanbali), the “orthodox” schools of theology (Ash’ari and Maturidi), as well as the appropriation of “Sufi” practices and/or induction into one of the law-based Sufi orders which often times entailed offering fealty to a shaykh.

Notably, “traditionalism” stood at odds with and in response to the reformist efforts of certain Salafi scholars who viewed uncritical imitation (taqlid) of the Four Schools, Ash’ari-Maturidi theology, and Sufism as major obstacles to reviving their ideas of orthodoxy and orthopraxy. This was in addition to Salafi calls to eschew any hadith unworthy of the designations sahih (“authentic”) or hasan (“good”). One of the leading Salafi scholars, Muhammad Nasir al-Din Al-Albani (d. 1999), even carried out a radical reevaluation of the major hadith canon seemingly attempting to cleanse the canon of any heretical accretions.

In reaction to these challenges, “Traditional Muslims” reasserted their commitment to the classical schools of theology, jurisprudence, and virtue ethics. But, they also attempted to undermine the credibility of their Salafi opponents by underscoring that their educational credentials were insufficient for any valid claim of representing Muslim orthodoxy. In pursuit of this goal, “Traditional Muslims” highlighted the role and importance of “isnad” i.e. the chain of transmission. If a person was unable to prove that he/she possessed a written “ijaza” or authorization from a qualified teacher to teach the particular subject one was teaching, the person was declared unworthy of serious attention. These ideas ignited a race to amass as many ijazas as students had the capacity and opportunity to do so. This ‘ijaza-craze’ became so pervasive that even non-Salafis were not spared from “Traditional Muslim” scorn of those who studied Islam in western and western-styled universities in and outside the Muslim world.

In this essay, I assert that the focus on ijaza and isnad constitutes a preference of form over substance; that isnad has been decontextualized from its roots and misappropriated by its contemporary champions; and that many have confused the two ‘mediums’ of transmission with being genuine ‘methods’ of instruction. To verify these claims, we must speak about the classical meaning and purpose of isnad as a tool for establishing orthodoxy, the conditions that gave birth to this concern, the major factions vying for orthodoxy, whether or not ijaza was the criteria used by scholars to determine a person’s fitness to teach Islam, and conclude with a discussion of the role of the teacher in classical Islamic education.